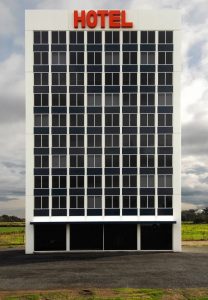 In a new series, The Age is asking prominent Victorian artists and leaders to talk about their favourite local works. This week, Charlotte Day, director of Monash University Museum of Art, has nominated Callum Morton’s Hotel on EastLink.

Hotel is a really successful artwork and a great example of public art that addresses its site and context. Callum Morton is probably best known for his sculptural work and he is particularly skilled at working with scale.

When you first drive past you probably think it’s a real hotel, albeit strangely located, but then you notice something’s not quite right. It’s the odd scale that triggers this response, somewhere between model, real building and sculpture.

Morton uses the architecture and language of mass-produced, generic hotel architecture that could be situated anywhere but then turns it into an artwork on EastLink that is quite remarkable.

I like that it’s a 24-hour-a-day artwork because it has solar panels and the windows illuminate at night. Thinking about who might stay at the hotel and why, that’s the more poetic aspect of the work.

It’s possible to conjure up darker connotations too, to narrative in films like The Shining: is it a hotel that you can check out of, and so on.

Freeway art and infrastructure projects engage us on many levels but they do have a practical function too: to create markers to break up long journeys and to deal with the potential issue of driver’s fatigue. As the freeway’s job is to get us from A to B, the landscape along the way often becomes an interim space that seems to lose its specificity. Putting a hotel there reinstates it as a place and potential destination.

Big sculptures are more often than not monumental and serious, whereas this one is almost cartoony. It’s a roadside hotel that you can’t stop at. I like that it has a humorous side.

In Australia, we have the Big Pineapple, the Big Banana and so on, which are also markers of a journey. Morton’s Hotel connects to these vernacular roadside architectures too, as well as to ideas of originality and mass production.

The best thing is how people respond to the work. There’s been lots of social media around it. The Violent Femmes put it on the cover of their last album and called it the Hotel Last Resort. Not sure if it was real or an urban myth, but apparently there was a T-shirt saying, “I’ve stayed at the EastLink Hotel.” The artwork develops a life of its own, its own narrative, which I like too. 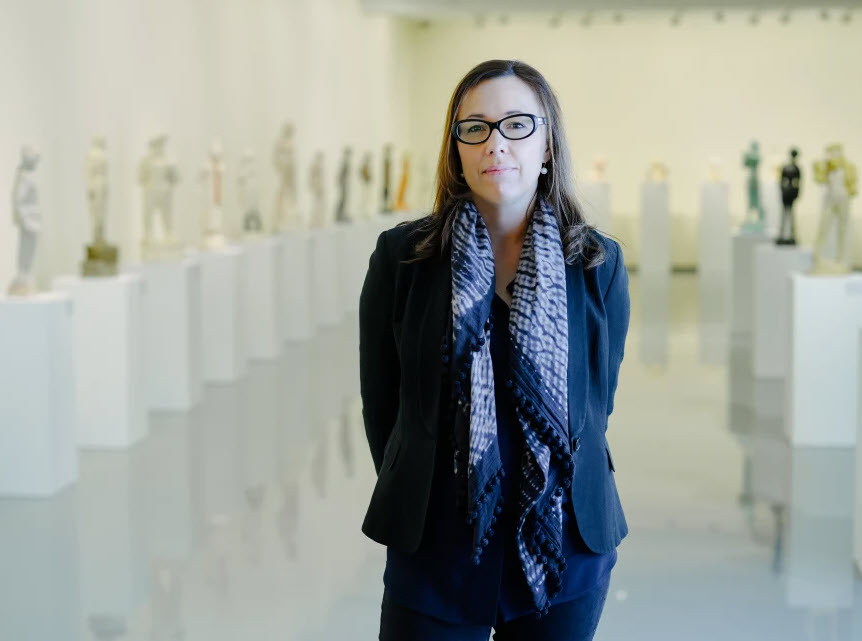 Public art is made for people, but the public domain and the rules for how you behave [in it] are not set. It’s up for grabs, which is interesting, but situating art in the public can be a challenge too. Perceptions are far less assured in the public realm, but that’s part of its beauty. It opens up art to your everyday life; there’s no threshold. With public art you don’t choose to see it, it’s just there.

I’ve taken people from other galleries and artists for a drive down the freeway to show them. It’s pretty cool.

As told to Kerrie O’Brien; senior culture writer at The Age and The Sydney Morning Herald